Cranbrook, or at least the rocks it is built on, is about 300 million years old. It was created in the Permian period (named after the ancient state of Great Perm in Northern Russia) when Devon was hot and arid, like the Sahara Desert. Occasionally flash floods would flow down hills and across plains creating a sediment which, when compressed, made the mudstones, breccias (stone made by cemented gravel) and sandstones that we see today – like the classic red sandstone seen all around this area in its old houses. 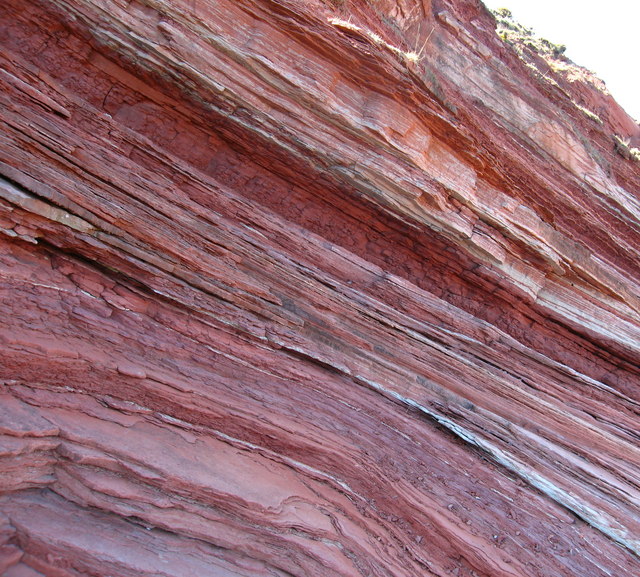 At this time the desert also featured volcanoes, the Exeter Volcanoes, spewing out lava and ash – this material is very rich in minerals and is one reason why the area is very productive for agriculture today. In this period the largest animals would have been mammal-like reptiles including massive, rhinoceros-sized plant-eaters and sabre-toothed gorgonopsians. About 252 million years ago Cranbrook would have experienced the massive extinction event which killed many of these creatures, probably due to global warming, and leading to the rise of the Triassic and Jurassic dinosaurs we are more familiar with from the evidence seen along the Jurassic Coast to the South of Cranbrook.

It is possible that the humans first showed up in Cranbrook around 800,000 years ago when Neanderthals first came to Britain, hunting woolly mammoth when it was a land of snow and ice. About 44,000 years ago Devon was one of the first places to be occupied by modern humans who were hunting animals in the area including wolf, deer, cave bear and woolly rhinoceros. Only one of the deer might be now seen on the outskirts of Cranbrook.